THE KING IS DEAD:
LONG LIVE THE KING 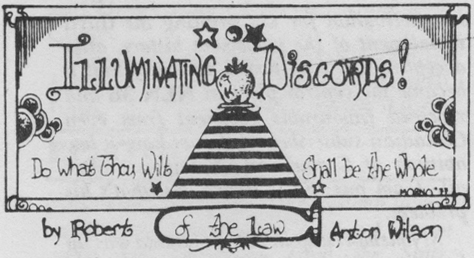 The new Dino de Laurentiis version of King Kong is, quite simply, superb.

But first the bad news, then the good news.

The bad news is that the dinosaurs have all been removed from the story and the pace of the action has, accordingly, been slowed from a gallop to a funeral procession. Where the original Merrian C. Cooper version was a jet-propelled race through an unparalleled series of shocks, spectacles and thrills, the new Kong is almost as ponderous as Barry Lyndon.

More bad news for Kong purists: the beauty-and-the-beast theme has been played down almost to invisibility and that great closing line has simply been thrown out entirely.

However, if you think that Kong without the dinosaurs and without “it was beauty that killed the beast” can only be a diluted and grossly inferior caricature of the original, you are dead wrong. The two versions simply are not comparable. It is impossible to say with any fairness that one is better than the other; that would be like comparining Beethoven to strawberry or sex to Picasso.

What we have here is just what the advertisements promise: an astonishingly original motion picture. It is also the most mythic, psychedelic and mind-boggling cinematic extravaganza since 2001.

The original was a thriller with so much excitement that the pathos and allegory implicit in it did not become conscious until after you left the theatre. The new version is played for laughs in the first half and then slowly moves into explicit tragedy and alle-gory in the second half. The scare sequences are fewer than in the original but each one is a masterpiece; you hear audible gasps all around you. And as the pathos and suspense of the second half move toward the inexorable tragedy, the solemnity of pacing, editing, montage and musical score all combine into a genuinely powerful purgative experience: a shared catharsis of pity and terror . that exactly fulfills the classic Greek concept of tragic art.

This is just as much a 1970s film as the first Kong was a 1930s film. The heroine in the original, Ann, was a victim of the Depression, first seen trying to steal an apple and fainting from hunger.The new heroine, Dwan, is a tough-minded mystic who relates everything to her astrology charts. Ann just screamed and screamed and screamed when Kong got hold of her, but Dwan shouts, “Put me down, you goddam male chauvinist pig!” Ann was terrified of the big ape’s erotic overtures; Dwan tries to reason with him, and even says once, “Can’t you see that it can’t work out between us?” but eventually she turns on to him, both affectionately and, to some degree, sensually.

What is most astonishing is that the social criticism (buried miles deep in the original) becomes overt and rather bitter in the new version.

To quote my favorite writer on horror films:

“Thus, one can even find symbolic social criticism in these films. Bela Lugosi, in Halperin’s White Zombi (1932), is an exploiter of labor; his plantation is staffed by half-human automatons (zombies) who finally rebel and destroy him. The great un-completed Gestalt in the American mind—the realization that, sooner or later, the exploited turn on their exploiters, and, usually, do so in a violent manner—is here dragged into consciousness most hideously.

“Robert Armstrong, in Cooper’s King Kong (1933; like White Zombi, at the height of the Depression) is indistinguishable from the average Western hero as portrayed by John Wayne or Henry Fonda; he is brave, individualistic and has the typical American contempt for weakness. But he is also motivated entirely by gain (an element usually missing from Westerns) and, after he has successfully confronted the largest horde of monsters ever to appear in a single film—including a brontosaurus, a stegosaurus, a pterodactyl and a giant snake—the island on which all this occurs is virtually destroyed. The ‘natives’ (as they are always called in such films) stand before their demolished huts looking, on a modern reviewing of this master-piece, like survivors of the American invasion of Vietnam.

“At the climax, the biggest monster of all—the giant ape, Kong—is brought back to New York, and promptly runs amok, leaving large sections of the city in shambles. It is as if the big gorilla were acting out the SDS slogan, ‘Bring the war home;’ King Kong was the first Weatherman. One can even find in the film an allegory on the process by which the imperialistic wars of the 19th Century (Armstrong’s invasion of Skull Island to capture their natural resources—the monsters he hopes to exploit for gain) gave birth to the world wars within the capitalist nations in the 20th Century (Kong on the loose in New York). Once again, officially tabooed insights into the nature of our-society are made palatable and admit-ted to consciousness by the dream-dark atmosphere of the movie theatre.”

I have been quoting from “Even a Man Who Is Pure of Heart: The American Horror Film as Folk Art,” by Robert Anton Wilson (Journal of Social Relations, Summer 1970).

None of this is left tacit in the new version. The invaders of Skull Island are not entertainers this time but a large and unscrupulous oil company; one of the executives brags cynically about how he has bribed the President of the United States personally. The hero is not the first mate on the ship, as in the original, but a paleontologist with fervent ecological convictions who denounces the oil execs as “environmental rapists” (which the 1970s audience applauds; the 1930s audience wouldn’t have understood it). The heroine’s astrology and the hero’s ecology add up to a moral position explicitly contrary to the values, or lack of values, of the oil people and our whole commercial society.

The “beauty and the beast” theme has vanished, not arbitrarily but necessarily, because in this case it is business that killed the beast. Beauty (and Science) spend the last half of the film in a desparate and heroically moving attempt to save the Beast, and there is no doubt at all that the giant ape is a symbol of the whole natural order—all the wild, free life threatened by the capitalist rip-off mentality. The tragedy, when it comes, is as symbolic and as harrowing as the climax of Easy Rider.

Ann Darrow (Fay Wray) in the original is simply terrified and screaming at the end; but Dwan, in this version, although she admits to a fear of heights, is begging Kong, “Pick me up again. They won’t shoot if you’re holding me.” But Kong, in his huge, awkward love, puts her down and faces death, which is prolonged way beyond the original and awful to behold, intercut with the scientist screaming at the police “You bastards! You bastards!” and the enormous pounding of Kong’s heart on the soundtrack making an effect as visceral and unforgettable as the heavy breathing in the lobotomy scene of 2001. When that heart stops, there is the most ghastly silence you have heard in a movie theatre since Law and Order gunned down Bonnie and Clyde.

No: I will not say which version of Kong is better; they are both superb films. 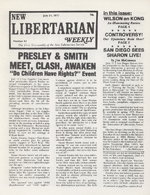