If You Can Read This, You Don’t Have To Die (Maybe).

Robert Anton Wilson is virtually impossible to describe. He has been characterized as a cross between a Chicago street version of Elmer Fudd and Buckminster Fuller, but that does Justice to neither Wilson nor Bucky Fuller nor (by some accounts), to Elmer Fudd. He is the author of innumerable articles and several books, the most recent of which is the Illuminatus! trilogy co-authored with senior Playboy editor Robert Shea. He has also co-authored several books with Dr. Timothy Leary, and even written some on his own. Including Sex and Drugs, Book of the Breast, Prometheus Rising: A Manual of Magick for the Space Age and more. 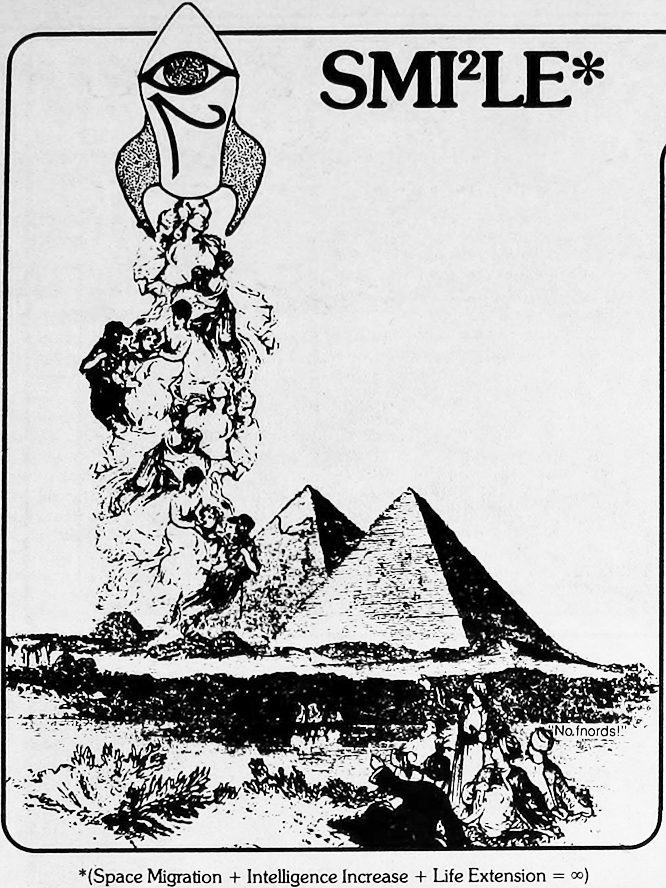 I guess the question to start with is how you came to write Illuminatus!, Did you have an intent in writing it, or was it what you were quoted as saying, trying just to see what it would be like if all the conspiracy theories were true?
Robert Anton Wilson: Well, we started out with a satirical intent. The idea was to write a very funny book in which we would …well, consciously, the idea was to write a very funny book. I suppose subconsciously, each of us was exorcising our own terrors by projecting them in a humorous way. The book, I think, looking back at it, was very much influenced by the Vietnam war and by the succession of wars and horrors and atrocities in this century, to some extent Auschwitz and Hiroshima are in the background of it. It was very simple. The book was just an expression of horror at the cruelties that human beings have imposed upon each other in this century, and the horror is expressed through humor because you can’t express it directly. There’s just no way to talk about it without going mad unless you’re able to distance yourself by some such device as humor. To a great extent, the violence and brutality and callousness of so many of the people in the book is just a projection of my horror at how callous and brutal human beings are to each other at this time in history. And we were projecting that humorously in terms of all the paranoid theories people have about one another. And as we went along, I found myself projecting more and more positive things into it. I just felt I couldn’t write a totally negative book.

OK, that leads to some other questions. One, in terms of that violence, you just see that going on, then? Can you see where those conspiracies called government can hit their next victims, or does it not give you that kind of power of prediction? Meaning some sort of judgment based on the patterns of violence in the ways in which nations vamp on each other.
Robert Anton Wilson: Well, to take a little galactic spectacle, I like to use the parable of the sower in the New Testament, where Jesus talks about the sower who scatters the seed everywhere he goes, and some of it lands on stony ground and just doesn’t survive, and some survives for a while and is then crushed out by the general struggle — the Darwinian struggle — and some flourishes and grows all the way, as far as it can. In a galactic perspective, one could say that there’s some kind of starseeders going around who are planting DNA in as many places as they can. This is Crick’s hypothesis, the co-discoverer of DNA. And our planet is just one of millions that has been seeded, and probably hundreds of thousands of planets have gotten as far as, let’s say, the raise of mammalian life before something went wrong and they didn’t… and life came to an end on that planet. On some planets, life never got beyond, let’s say the algae stage. And many planets, probably thousands, have reached the level we’re at now, where we have some galactic perspective, some development of the higher circuits of the nervous system for forms of ESP and mystical insight and higher forms of intuition and so on, and have the technology to blow ourselves up and all of the lower mammalian circuits still functioning. So it is quite likely we’re going to blow ourselves up, and so many of them have come through this crossroads we’re at now. We stand on the edge of a major evolutionary breakthrough. We’re going to be leaving the earth soon, and the life extension sciences are advancing so rapidly that immortality is a real prospect. We’ve got this tremendous potential to grow into becoming major galactic beings, and at the same time we’ve got this tremendous potential, we might blow the whole thing and end life on this planet. But, as I say, you think of thousands of planets having come through this pass, then you have a little perspective on it.

Where this leads to is talking about space migration, which is getting a little bit ahead, since, because of the way you’ve been proceeding with the logic of it, there’s a step in between. That’s to raise mammalian consciousness to be able to understand the objectives. And that’s embodied in the science which Timothy Leary called Neurologic, and which, I suppose we should discuss first.
Robert Anton Wilson: Well, Timothy called it Neurologic in 1973. Since then, he’s changed the name and calls it Exopsychology, which is a term modelled on Carl Sagan’s term, Exobiology. It helps to think of human psychology in terms of a galactic perspective. The human nervous system is just one of the many conscious nervous systems in the galaxy.

Given the unavailability of Dr. Leary’s writings, and yours and others‘, in many areas, would some sort of definition of procedure then be in order?
Robert Anton Wilson: Well, Dr. Leary’s basic scenario, he’s put lately into the acronym, SMI²LE, The SM stands for Space Migration… the I stands for higher Intelligence or Increased Intelligence, and the LE stands for Life Extension. These are the three upcoming revolutions that are going to change everything in human life. Unless we blow ourselves up before we get to them. But all of them are coming very fast. I don’t suppose I have to argue how fast Space Migration is coming to anyone in Houston where there’s so much NASA work going on. Life Extension sciences are booming all over the country. There’s research going on many places. Here where I live, in Berkeley, there’s one researcher who’s kept rats alive twice their normal life span: He’s got a group of rats that are twice the age at which rats die, and these experimental rats are still producing. And he’s got some evidence of rejuvenation too. I’m talking about Dr. Paul Segal. There’s lots of similar research going on all over. There’s some indication that the Russians may be ahead of the United states in such research, but it’s not at all unreasonable to think that the life span will reach 200 years or even 300 years in the next generation. 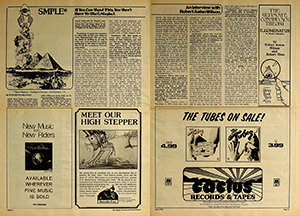 And you’re talking about being able to maintain a vigor rather than just being able to get more old and more doddering.
Robert Anton Wilson: Sure, that’s the whole point of it. Being 80 years old for 80 years would be no treat for anybody, the idea is not Life Extension by itself. It would necessarily involve rejuvenation, too. Life is being extended all the time. The general life span has been rising sharply in the last hundred years, but the real breakthroughs will come when we begin to understand something about genetic engineering in a positive way. And if it’s possible, as many think, that the DNA triggers the death process, that the DNA-RNA dialogue contains certain signals which just turn on the program that begins the decline of the body and death by old age, learning how to reverse that would also necessarily lead immediately into learning how to create rejuvenation. It is quite possible that many people reading this will never die. That’s a really mind-blasting thought, but it’s a safe statement. I don’t say it’s going to happen, but it is possible. If within the next 20 years, let’s say, the major breakthrough is made in Life Extension, then people who would be dead within 70 years from the time they’re born would be living as much as 200 years, let’s say, from the first breakthrough, and within that time, further breakthroughs will probably shoot life spans up to a thousand years or more, or indefinitely. So it’s quite possible that these small incremental steps are escalating toward immortality for some people right now. And even if that’s a premature statement, it probably will be true for the next generation born. Now these are things we’ve got to start preparing ourselves for because they are coming at us very rapidly. 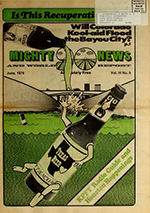 SMI²LE: An Interview with Robert Anton Wilson
by Howard Pearlstein appeared in The Mighty 90 News, Volume 3, Number 9 in June 1976.