Many traditional methods of meditation used by witches (and Oriental mystics) are unsuitable today solely because their language reflects a prescientific philosophy which many of us cannot take seriously.

Such practitioners as Blavatsky, Crowley, and Gurdjieff wrestled with this problem, and tried to “translate” primordial mystical insights into the scientific jargon of their own times. Most recently Dr. John Lilly has “translated” many basic Awakening techniques into “programs” and “metaprograms” which, being phrased in the latest cybernetic-neurological jargon, do not imply any prescientific philosophies and yet lead to the same results as traditional occult systems.

Dr. Lilly’s guided meditations (in Programming and Metaprogramming the Human Biocomputer, 1972, The Center of the Cyclone, 1972, and Simulations of God, 1975) are easy going for those who want to get the hang of mysticism and magic without getting bogged down in medieval terminology, Egyptian mythology, or Babylonian astrology.

I have written several of these scientific (or science-fiction) programs myself and have obtained good results with them in my classes on “Scientific and Experimental Magick.” Here is one of the simplest and most powerful for beginners—a key to the transcendence of body-identification without any dubious metaphysics attached:

The student should record the following on a tape and play it back several times, while in a relaxed and meditative state. There is no need to employ a yogic asana, unless you are already skilled at yoga and do these postures easily. Otherwise just be relaxed but alert, in an ordinary chair, in a room where you won’t be disturbed and let the tape run several times.

Detach from the senses, the nervous system, the automatic pilot. It is easy to detach when you are very relaxed and very observant. Just be the Observer who notes what the senses, the nervous system and the body-robot are reporting. You must know yourself, now, as the Observer. You must know yourself as the genetic module, the DNA code, the designer. You have made trillions of body-robots, used them for a while, and discarded them to move on. The reason that we are potentially immortal is that we are not the body, the hardware. We are the information, the coding. You are not the robot but the Designer.

It is easy, holding this in mind in a relaxed and observant state, to allow buried memories to float up to consciousness. It is easy to remember back down the genetic archives to the dinosaur, the ooze, the ocean. Remember your trillion lives and minds.

Listen very closely now and remember, in relaxation and alertness. Your first days in this body. It is easy, when you are relaxed and observant, to remember how you as Designer formed a bio-survival imprint for this body.

Forward to Mother, to the good, the safe, the cuddly, the warm, the nurturing; backward from the alien, the threatening, the dangerous, the harsh, the noxious.

To form this bio-survival imprint, you the Designer had to learn to identify with this automatic pilot. You the Designer learned to forget your past. You learned to “have” this body and “be” this body, in order that it might survive to do its work. Attention was narrowed to heavily imprinted safe-dangerous perimeters in space-time. The search for safe space became your basic program.

Thus, in surviving as bodies, we lose all Eternity. By identifying with the body, we lose consciousness as trans-body genetic modules. This is the game of life, and it is worth the temporary amnesia because we can Awaken at any time. The process of Awakening is easy. You are Awakening partially as you allow these words to direct attention and identification back to the DNA module and away from the temporary body-robot. You will own all Time and Space when you Awaken fully. 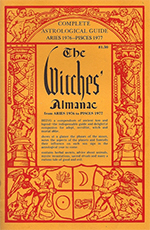