How To Wage Nonviolent Revolution!

The idea that non-violent revolution has failed, as of 5730 A.M. (1971 pagan), is equivalent to asserting in 5672 A.M. (1913 pagan) that the airplane has failed utterly and would never replace the locomotive.

There are many techniques of non-violent revolution which have never been given an adequate trial yet, but they have succeeded dramatically in all partial trials.

Most impressive of these are the general strike, the boycott, the organized mass tax refusal, and the permanent universal rent strike.

These techniques are so practical, so organic and existential a part of the class-war, so obvious and natural, that they have been “rediscovered” several times by anarchists and libertarian socialists who had no idea that others before them had hit upon the same ideas.

The opposite techniques involving violence, seizing the State by force, the “dictatorship of the proletariat,” and the contradictory apocalyptical dream of an eventual, far-off “withering away of the state” … are like setting about cleaning your house by first dumping shit on every floor and throwing it op the walls.

It is theoretically possible, in the long run, to clean up the shit, I suppose … but those who like the idea of throwing shit today are still going to like it tomorrow. Similarly, those who want to seize power today are going to want to hold, onto it tomorrow. One doesn’t have to wade through many volumes of Dr. Freud to understand that much about the anal-sadistic personality of the power-freak.

Those who say that no social problems can be resolved by non-violent revolution are saying, really, that humanity is doomed.

In a world of hydrogen bombs, ICBMs and chemo-biological warfare, PROBLEM NUMBER ONE is developing non-violent techniques of resolving conflict.

If such techniques are, in fact, impossible, the continuation of the human species is impossible.

The State is inherently stupid. It is stupid because it is a communication matrix without adequate feedback. Information does not flow back to it with any reasonable degree of efficiency. It has a distorted picture of what’s going on, always. Its “map” does not fit the territory.

Communication is only possible between equals. The State—the pigs who are “more equal than others” in Orwell’s brilliant vision—never receives real communication.

Those who want to seize the State are already stupid. If they succeed, they will automatically become more stupid.

The State is a device for clubbing people. The legislature makes up the game-rules, declaring who is clubbable and who isn’t. The judiciary decides, in individual cases, whether a person, under the rules of the game, should be clubbed or not. The police are in charge of internal clubbing, the army of external clubbing. The tax bureau is devoted to clubbing everybody into paying for the cost of all this clubbing.

Nobody ever tells “the truth, the whole truth and nothing but the truth” to such a clubbing machine.

Everybody, to some degree, tells the State what they think it wants to hear. (Those who don’t arouse great anxiety and anger in the State, and ways are quickly found to lock them up or, often, to shoot them.)

COMMUNICATION IS ONLY POSSIBLE BETWEEN EQUALS.

Non-violence must be as practical, as subtle, as flexible and as pragmatic as a businessman’s sales campaign, before it will ever be taken seriously by those who are committed to real change rather than just talking about change.

The most important application of non-violent revolution in America today is a permanent universal rent strike.

Not a fake strike, in which the money is handed over the courts and the landlords get it later after the strike is over. A permanent strike. A blunt declaration: “The landlords do not own the planet Earth. Everybody born on the planet has a right to live here. He doesn’t have to pay monthly tribute to ANYONE for living here; it is his home planet.”

Nobody pays a dollar, a penny or a mil thereafter. Nobody asks for “repairs” or “improvements.” Everybody uses his rent money, now 4 Boycott and forever after, to repair and improve his own pad as much as it needs. Nobody gives a penny to a lord-of-the-land ever. Everybody announces, ‘The Feudal Age is over. We recognize no Lords of the Land. The land belongs to those who occupy and use it.”

What can the landlords and the government do? Throw us all into the Atlantic, or Pacific? Put us in rockets and shoot us to the moon? And even if they could do that, then what? With all of us gone, who will they collect rent from?

Rent is the tribute paid by the non-owning user of land to the non-using “owner” of land. Such ownership is a legal fiction, and needs only to be resisted to be exposed, discredited and abolished.

Every landlord on this continent is a receiver of stolen property. The land was stolen from the Indian tribes before it was “legally” acquired by its present owners. The same is true on other continents, but the history is older, more complex and somewhat hidden by time.

Figure how much of your monthly pay goes to the landlord, to “buy” from him the “right” to live on the surface of this planet, think what you could do with that money if you asserted that you already have the right to live on this planet and don’t have to buy that right, in monthly installments, from a Lord-of-the-Land.

It is not so easy to get them to shoot if the citizens are sitting quietly at home and just minding their own business.

If the rent-strike is combined with a tax-strike, both the landlords and their government are threatened.

Individual martyrs to tax refusal accomplish zero, or a quality infinitesmally larger than zero but still hard to perceive. 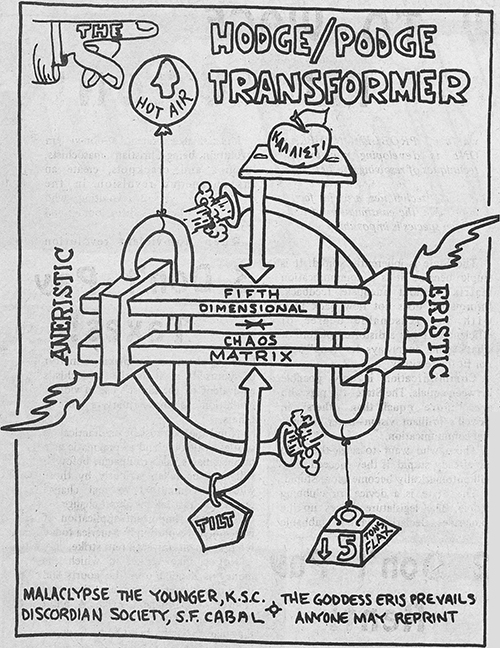 Collective tax refusal … well, Benjamin Tucker estimated that only 20 percent of the population would have to join before the cost of imprisoning them became more than the alleged value to the State of doing so to terrify others.

And meanwhile the other 80 percent would be calculating, balancing the risk against the advantage, brainwashed “loyalty” against personal integrity, gain versus loss …

None of this can work, really, until it is put upon an egotistic basis. Asking people to join for altruistic reasons is the chronic error which has ruined most anarchist campaigns to organize such mass civil disobedience.

People who have read Ayn Rand and found the solid core of truth in the midst of all her bull are more likely to start this movement rolling than the average Marxist or Tolstoyan-Christian anarchist. 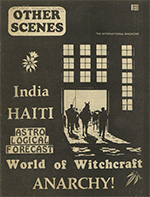 How To Wage Nonviolent Revolution!
mosprobably by Robert Anton Wilson appeared in Other Scenes, Volume 5, Issue 2 in Summer 1971.