According to Walter Browart’s Operation Mind Control, the CIA purchased, in 1953, enough LSD for one hundred million trips. Browart, after three years of research, hasn’t been able to find out what the CIA did with all that acid. All together, the cases that have broken into print can only account for a few thousand doses. Nobody but God and Richard Helms know what happened to remaining 99,998,000-odd doses.

There’s an episode on The Prisoner series in which the anonymous hero, Number Six, who has been robbed of his name since the beginning of the series, is suddenly robbed of his identity, his memory and his life-history. He finds himself in a wild town in the West about a hundred years ago and is manipulated into becoming sheriff and finally placed in a situation where he must shoot six men, in self-defense, of course.

At this point, the characters, including even the horses, turn into cardboard cutouts. Has he really shot anybody, and if so, whom? It soon becomes clear that the entire Wild West adventure was all a hallucination, induced through psychedelics and hypnosis by the people who are holding Number Six prisoner and trying to brainwash him.

There are a lot of allegorical and arty interpretations of The Prisoner going around, all of which may be true in some sense, but what seems most interesting to me about that particular episode is that similar experiments have been conducted by both the CIA and the Army, as documented in Browart’s book. For instance, in one experiment, a soldier was induced to attempt to strangle a superior officer, while under the hypnoidal impression that he was in hand-to-hand combat with an enemy solider.

But Browart only found out about such research in the last few years and such brainwashing projects were top secret back in 1967 when The Prisoner was filmed. How the hell did The Prisoner’s writers know about it? Were they just lucky guessers?

I find this particularly interesting because in another Prisoner episode Number Six is manipulated by drugs and deception in an attempt to take his identity away completely and to convince him he is somebody else, Number Twelve. What captures my attention about this is that I have a similar scene in Illuminatus!, in which the Illuminati attempt to convince Saul Goodman that he is actually Barney Muldoon. I hadn’t seen that episode of The Prisoner when it was first shown in 1968 and the parallel section in Illuminatus! was not based on any secret information about CIA experiments along those lines; I was merely exercizing my imagination, my knowledge of neuro-science, and my artistic intuition (whatever that is).

Browart’s book has several cases of people who were robbed of their identity and given new identities by CIA brainwashers. The techniques are exactly those dramatized on The Prisoner and in Illuminatus!. I can almost believe that both the writers of The Prisoner and Shea and I, while working on Illuminatus!, had some kind of ESP-link to the CIA researchers who were doing, what we were only fantasizing. Perhaps; but conspiracy buff Mae Brussell, for one, is just as likely to believe that there’s a more sinister intepretation of all this … 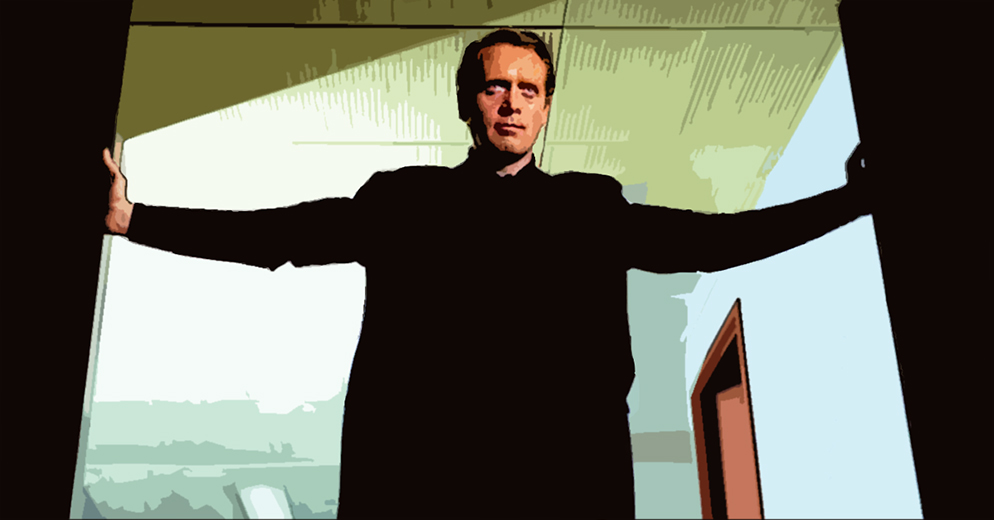 Some of those who survived the ’60s without permanent brain damage may remember Jim Garrison’s investigation of the JFK assassination. Garrison’s “case,” such as it was, never convinced a jury to convict anybody, but it did raise several questions that have never been answered. Most of Garrison’s evidence, if it can be called evidence, rested upon what he referred to as “propinquities,” which in ordinary language are usually labeled coincidences, or in the vernacular “damned funny coincidences.”

To the skeptic, a coincidence is just a coincidence or, worse yet, “mere coincidence” or “sheer coincidence.” To Garrison, the web of coincidence around Oswald and JFK was evidence of a “conspiracy so vast as to stagger the imagination.” To the Jungian psychologist, such a pattern of damned funny coincidence is called “synchronicity,” a presumed psycho-physical causality working at right angles to the linear causality of orthodox physics.

But let us look at something more peculiar.

Very well; you may say that Shea and I both possessed precognition as well as ESP and, writing in’69-’71, were not only able to describe secret CIA brainwashing programs of which we had no knowledge, but also a conspiracy to overthrow Fernando Poo which didn’t begin until one year after we finished Illuminatus! and was not revealed until seven years later. I almost believe that myself.

But that damned coincidence-synchronicity-propinquity about April 23 doesn’t fit into any theory of ESP or precognition; and it is, of course, especially weird because synchronicities concerning the number 23 run all through Illuminatus!. And, of course, while there are many theories going around about why the hero of The Prisoner is called number 6; I cannot resist observing that 2×3 equals 6, and that 2/3 equals .66666666 etc. Number 6 repeated to infinity, which also brings in 666, the Number of the Beast and of Aleister Crowley.

In fact, 6 Cabalistically is the number of the transformed human, one step above the robot-hypnosis of the ordinary domesticated citizen, but still imperfectly illuminated. The principal obstacle facing the number 6 man, according to Cabala, is the force or forces represented by the number 2, the accursed dyad, personified as the Magus, the Lord of the Abyss of Hallucinations.

It is only a coincidence that number 6, on The Prisoner, is perpetually pitted against various persons each of whom claim to be number 2? In Cabala, when you pass the Lord of Hallucinations, number 2, you confront the Undivided Light, unity, your True Self, number 1, which is also “God.” And, when number 6, on The Prisoner finally defeats all the number 2s, he finally confronts number 1 – who is indeed himself.

Were the authors of The Prisoner consciously using Cabala, or were they just accidentally plugging in, via “artistic intuition,” to the great meta-computer in the collective unconscious where all these synchronicities are programmed?

I’ve been working on an article about The Prisoner (some of which seems to have leaked over into this piece) and have been devising various ingenious explanations of the mysterious symbol that appears in each episode the penny-farthing bicycle (the model with a giant front wheel and a tiny back wheel).

Two days ago, while mulling over that symbolism, I took a walk and found a frisbee on the road. On the frisbee was the image of a penny-farthing bicycle. Honest.

I don’t know what the penny-farthing bike has to do with 666, or even with 6, or whether Shea and I were really reading Fred Forsyth’s mind two years before said mind conceived the invasion of Fernando Poo. I’m not sure I ever will know the answers to such enigmas. Of course, it’s only a coincidence that Shakespeare was born on April 23 (1565) and died on April 23 (1616). Of course. And it’s only a coincidence that Frederick Forsyth’s book on the Fernando Poo invasion is called The Dogs of War, from Shakespeare’s line “Cry havoc and let slip the dogs of war!” Undoubtedly, assuredly, absolutely, this is only coincidence. The links between the number 23 and the Dog Star. Sirius, given in my book, Cosmic Trigger, are other coincidences. It is mere spook-mongering to even mention here that the ancient Egyptians performed rituals to Sirius every year on July 23.

However, I can’t help wondering why the musical theme identifying the aliens in Close Encounters of the Third Kind begins mi-re. In the musical-numerological system used by most Cabalists, that equals 2-3. And why, then, of all the TV tapes available, did Spielberg decide to use, just before the hero of Close Encounters sees Devil’s Tower, a clip from a Bugs Bunny cartoon in which Bugs says “Set coordinates for the Dog Star!” I thought I was kidding when I wrote, in Illuminatus!, that the Bugs Bunny cartoons were full of occult Illuminati secrets …

I can wonder about these things endlessly. (Why did Cervantes, like Shakespeare, die on April 23, 1616? Why is the turning point of The Prisoner the episode called “Hammer Into Anvil,” in which Number Six begins to turn his captors paranoid by placing a line from Don Quixote in the Village newspaper? The line is, “There is more harm in the village than is dreamt.” Sinister, isn’t it?).

But what I’d really like to know is what the hell the CIA did with one hundred million doses of LSD. 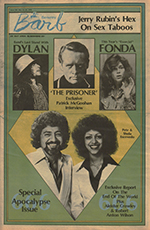 Coincidence Or Cosmic Conspiracy
by Robert Anton Wilson appeared in Berkeley Barb, Volume 27, Issue 20 in May 1978.