Government consists of a monopoly on the use of force. Governments agents have a license to use violence and the threat of violence to coerce others with clubs, MACE, guns, bombs, nuclear devices, biological warfare etc. — to batter others into submission. If any person not licensed by government uses these methods, she or he is legally defined as a criminal and psychiatrically diagnosed as a sociopath.

This is not just an anarchist (or Machievellian) analysis of power (which always grows “out of the barrel of a gun,” in Mao’s phrase.) It is also a background Gestalt to keep in mind when examining the politics of ordinary psychology (conditioning) and the politics of parapsychology (PSI.)

A government which allows freedom in psychology and parapsychology freedom in the individual nervous system exists only in Utopian fantasy. Any real government can no more allow neurological freedom than it can allow free access to arms, weapons and explosives. By allowing either of these freedoms, government would declare itself null and void; it would cease to exist as government, as monopolized force, and would become a voluntary association like a church or a lodge or a Chowder and Marching Society.

The Bavarian Illuminati, founded in 1776 and perhaps not yet dead, understood this. Every member of the Illuminati was sworn to attempt to overthrow every government, since it was understood by the founders of this order (Weishaupt, Cagliostro, Saint-Germain) that psychic freedom could only prevail if government monopoly were first destroyed. As Kenneth Grant demonstrates in The Revival of Magick, the occult secret societies managed by Aleister Crowley in our own century were based on Illuminati principles and consciously carried forward the Illuminati program.

Adolph Hitler, as we pointed out in part two of this series, understood the threat of occult societies to the Third Reich. His occult department, under Himmler, not only placed all members of Crowley’s Ordo Templi Orient is in concentration camps, but also attempted to assassinate Rudolph Steiner, founder of the Anthroposophical Society. This society also aimed to liberate individuals from conditioning by turning on their latent PSI powers.

Similarly, the Nixon (and post-Nixon) war against the traditional shamanic chemical releasers (metaprogramming substances such as cannabis, peyote, LSD etc.) is as inevitable as the attempt to abolish private ownership of guns. When the government criminalizes unauthorized LSD research while carrying on its own clandestine LSD research, it is acting quite intelligently, within the context of the government game, which consists of monopolizing power.

Since we are rapidly evolving, willy-nilly, into the neuropsionic age, Timothy Leary’s “Two Commandments for the Neurological Age” are more appropriate than when he first announced them in 1965:

“1. Thou shalt not alter thy neighbor’s consciousness without his or her consent.”

“2. Thou shalt not prevent thy neighbor from altering his or her own consciousness.”

Government as monopoly by definition cannot accept these commandments and must violate them every day. Government agents will always want to alter citizen consciousness, according to government strategy and citizens will never be allowed to alter their own consciousness especially not in the directions of ESP and PSI. A thousand Uri Gellers and Matthew Mannings wandering around loose would mean the end of secrets, the end of coverups, the end of deception.

As we enter the neuropsionic age, the world will increasingly follow either a Skinnerian scenario or a Learyan scenario. 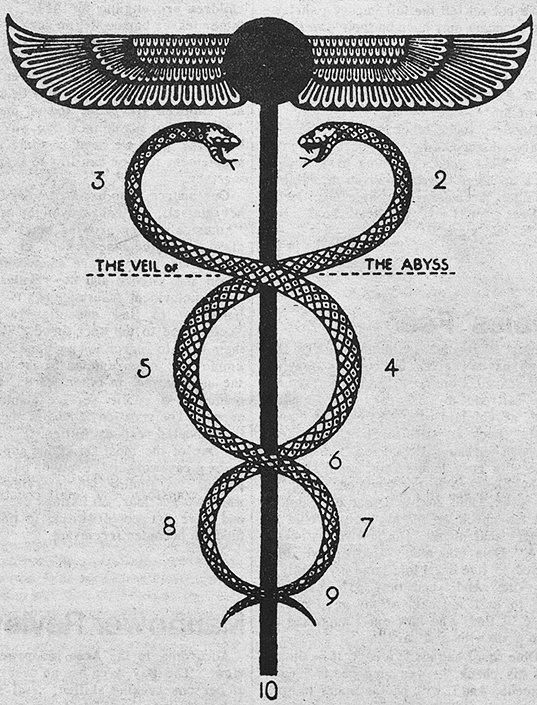 In order for a totally conditioned population to be created along the lines of Skinner’s Beyond Freedom and Dignity, there must be a totalitarian one party system and a total “Top Security” cover up about the actual methods of conditioning used. Any heretic psychologist with access to a free communication media can torpedo and sink the Skinner scenario by simply revealing how it works. Skinner assumes, without telling his readers, that governmental media monopoly will accompany his conditioning techniques and prevent such disclosure in order to remake society into the pacifistic and docile drones that every governing elite has always desired.

Similarly, all the Futurist scenarios funded by establishment foundations (and publicized by establishment media) ignore deliberately and on policy the two possibilities underlying the Leary scenario. These are: (1) a planet wide unleashing of higher consciousness, PSI and cosmic awareness and (2) a planet wide leap in general intelligence levels. Both of these Learyan predictions are quite likely, within 10 to 15 years of continual development in the areas of biofeedback, parapsychology and metaprogramming (with psychedelics and/or electrical brain stimulation.) The only question is: will this happen in a libertarian way, through free scientific research in a free community, or will it be monopolized and become a military secret to be used against human freedom?

The issues at stake in the Dr. Leary “Case” are thus much bigger than anybody — among his enemies or among his defenders — has yet realized. The incredibly harsh penalties inflicted upon Tim, the gross violations of national and international law by his persecutors, the wide publicity given to anti-Leary charges and the almost total black out of the few voices still defending him (at least in the major press,) all have to be understood in this context.

The future of human evolution is literally being decided in this decade and the fate of Dr. Leary’s writings (whatever future punishment is inflicted on Leary the man) will be crucial in determining that future.

A really efficient science of mind, as powerful and practical as physics or chemistry, is forming right now. The Industrial Revolution of the 19th Century, the dawning Second Industrial Revolution of Cybernetics and the coming biological breakthrough to longevity-immortality, are all going to be overshadowed by the Neuropsionic Revolution. As I demonstrate at great length and with exhausting documentation in my forthcoming article, “Beyond the Apocalyptical Orgasm,” (Oui magazine, November) citing tons of scientific data that cannot be condensed into a piece of the present length we will very soon know how to induce higher intellect, greater emotional stability, PSI powers and a general quantum leap in human neurological functioning. This can literally be the greatest breakthrough since the invention of the wheel which is not my hyperbole, or Dr. Leary’s, but the calm judgement of Dr. Rattray Taylor in his Biological Time Bomb.

The same technology, misused by militarists and governmental paranoids, can reduce humanity forever to zombie level (as Taylor also warns.)

Dr. Leary has tried to explain this stark choice since 1962. Without any miracles or saviors from Tibet, just by extending current mind technology, we can tune up the human race for Einstein-Buddha levels of intelligence, responsibility, cosmic awareness. Or we can become a stagnant, insectoid, Skinnerian planetary penal colony.

(I don’t in the least claim to know any more about the “deals” Leary has made in the last year than his critics know. But I do suggest, mildly, that those who are fond of quoting Jack Leary’s denunciations could give a moment’s reflection, now and then, to Susan Leary’s remark, “You could try trusting my father and stop underestimating his intelligence.”) And with this argument, the (comparatively) less controversial part of this series ends. In the fifth and concluding installment, I will finally face up to the most important and mind blowing part of the Psionic Revolution the mysterious Higher Intelligence that have communicated with Leary, with Dr. John Lilly, with Uri Geller and with thousands of others. We will discuss whether these High Beings are “just hallucinations” or something more dramatic, such as time travelers from the future (Lilly’s theory), extraterrestrials (Leary’s theory) or even “angels” in the tradition sense (the ordinary occult theory.)

The dawning realization of the reality of these Higher Intelligences, by increasing numbers of scientists in all fields, is, perhaps, the key to whether the politics of PSI will liberate us all or enslave us more thoroughly than any tyranny of the past. 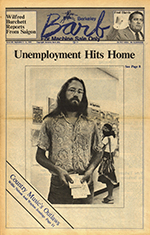 Age of Psi
by Robert Anton Wilson appeared in the Berkeley Barb, Issue 525 in September 1975.