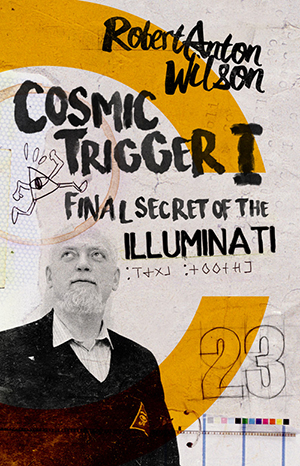 Excerpts from the book with permission from the
Robert Anton Wilson Trust.

Page numbers are from the actual edition by Hilaritas Press.

Page 19
The Materialist had his first drug trip on December 28, 1962, in an old slave-cabin in the woods outside Yellow Springs, Ohio. …
I quickly ate seven buttons and for the next 12 hours whirled through an unrehearsed and incoherent tour of the vestibule of Chapel Perilous — a most educational and transcendental experience. 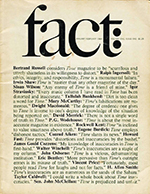 Page 32
Still, I wanted to meet Dr. Leary, l finally finagled a free-lance assignment from Paul Krassner of The Realist and made the journey (soon to be repeated by countless psychologists, clergymen, rock stars, Oriental gurus and young seekers-after-Wonder) up the Hudson to the Millbrook Ashram. 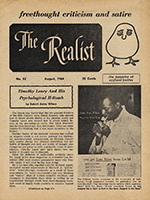 Page 40
She also appears, amusingly enough, in The Wizard of Oz, as the Bubble Witch. In the film of that novel, each of her appearances begins with a bright silvery globe descending from the sky, after which She appears where the globe lands.

Page 41
I didn’t meet Burroughs until around 1966, and found Bill a much more charming and ordinary individual than his books suggest — one had been prepared for a mad genius and found instead a rather prosaic, almost academic, quite gentlemanly genius. 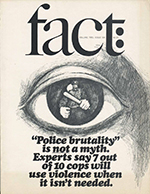 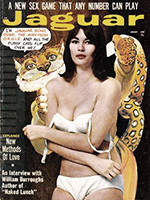 Page 56
Eventually, Greg Hill produced a Discordian Bible called Principia Discordia. None of this was merely a parody of religion per se. 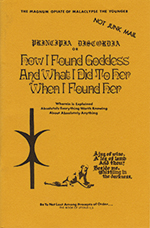 Page 62
Most Discordians, at this time, were contributors to underground newspapers all over the country. We began surfacing the Discordian Society, issuing position papers offering non-violent anarchist techniques to mutate our robot-society. 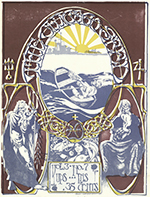 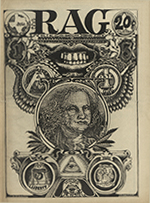 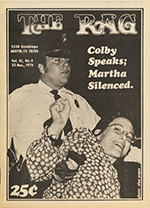 One was our “PURSE” plan (Permanent Universal Rent Strike Exchange) in which everybody simply stops paying rent forever. 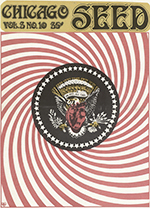 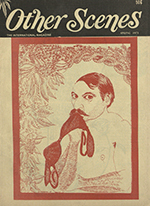 Page 94
I specifically mentioned these experiences of ESP-contact with Leary in an article on Tantric yoga, published in The Chicago Seed in September 1973. 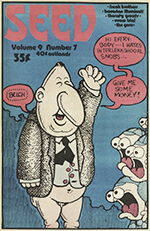 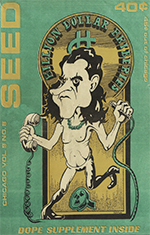 I wrote to the warden of Folsom in late August, and asked for permission to correspond with Dr. Leary. Bureaucratic red tape being what it is, this permission was delayed for several weeks. 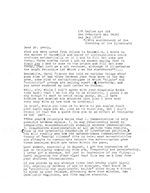 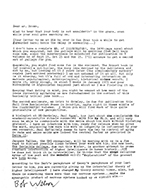 Two rock groups played and then we were shown “At Folsom Prison With Timothy Leary, Ph.D.,” produced by Joanna Leary. The film blew the Skeptic’s mind. Timothy came on screen and immediately flashed the famous Love-Peace-Bliss grin at the camera — as if he were greeting visitors to his home.

At Folsom Prison
With Timothy Leary (1973)

Page 105
The Starseed Transmissions — “hallucinations” or what-ever — were received in 19 bursts, seldom in recognizable English sentences, requiring considerable meditation and discussion between the four Receivers before they could be summarized, eventually, into the following message: … 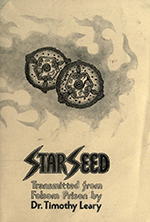 Page 133
The Berkeley Barb printed an undocumented story that Joanna had been busted for cocaine. “Aha,” voices said, “that’s how the Feds got Timothy to crack …” But the story wasn’t checkable. 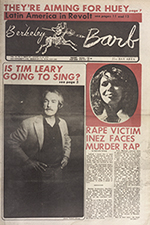 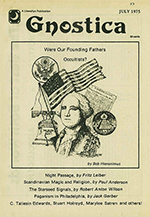 Page 176
Even odder, shortly after Sirag “saw” the Horus hawk through Geller, Analog Science Fact/Science Fiction magazine featured on its cover a man wearing a hawk-head hat, illustrating a story called “The Horus Errand.” The oddity was that the man’s face was that of Ray Stanford, a Texas psychic known to Sirag’s friend, Alan Vaughn. 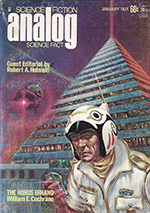 Page 177
While Saul-Paul was telling me this over the phone I was watching the TV picture in the next room. As he mentioned the hawk manifestation, on screen came an advertisement for a new movie, The Shadow of the Hawk, starring Chief Dan George.

Page 182
At this point in the play, a character named Wilson, learning that Harvey is a pookah, looks up pookah in the dictionary. The entry begins, “A Celtic elf or vegetation spirit of mischievous nature …” and ends, remarkably, “and how are you tonight, Mr. Wilson?” The actor playing Wilson dropped the book in shock, and I was a bit startled myself.

Recently, Ancient Astronauts magazine printed an article claiming that a number of prominent occultists and consciousness-researchers were interstellar hybrids — descendants of the matings between normal humanity and von Daniken’s space-gods. I was pleased to find myself on the list of Godlings. 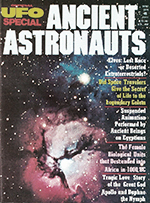 Page 231
I am still living in Jung-land. I turned on TV last night and picked up an ad for a film called Airport 77. The ad began with a radar operator shouting “Flight 23 is down in the Bermuda Triangle.”

Page 234
The next week, however. Time magazine ran a full-page review of Temple’s The Sirius Mystery. 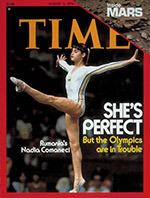 Rolling Stone had a display ad for a new rock group called Rameses, which came from Germany and featured a singer named Winifred. That was weird by itself, because in the novel Illuminatus, The Illuminati turn out to be run by a German rock group (called not Rameses but the American Medical Association) featuring a singer named Winifred. What was really provocative, however, was that this group was being promoted in this country by Annuit Coeptis records and the ad featured the eye-on-the-pyramid design which we have seen so many times linked with the Illuminati and with Sirius. 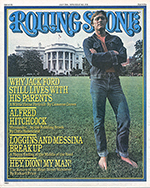 Page 242
The Berkeley Barb called and asked if I could pick out a few of Luna’s poems for a memorial page they were doing. (Over and over, that first week, I was to be astonished to find how many people outside the family realized what I had thought only we knew: how special Luna was, how rare and loving …)